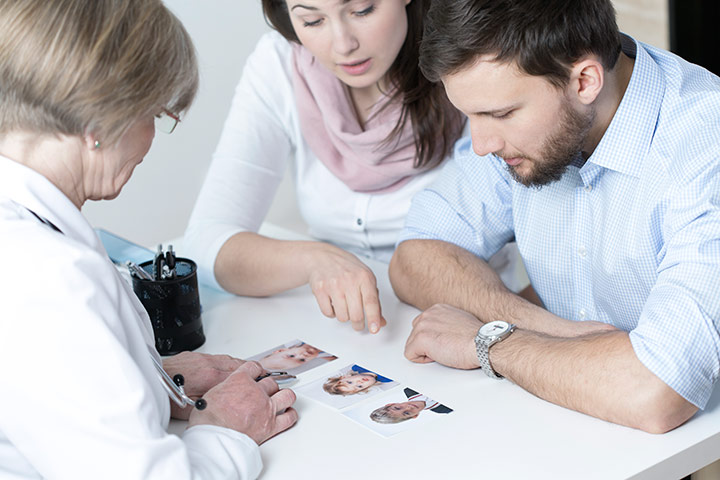 You have a sharp nose, which you would want in your baby, or your partner’s eyes are so beautiful that you wish your daughter had them too. Until recently, these were just wishes. But now, you can make them happen. Yes, dream about something and get them, thanks to advancement in technology.

What Is A Designer Baby?

In some cases, the embryo is first screened before it is implanted in the body, or other gene therapy techniques help create the desired type of characteristics in the baby.

Whether you are planning to have a designer baby or you simply want to know more about it, here are a few facts about designer babies that you should know:

Here are some of the most common traits that you could alter if you have a designer baby:

The Pros And Cons Of Having A Designer Baby:

Here are some of the pros and cons of having a designer baby:

Having your very own designer baby does have its own pros, as the list below will tell you:

If you use genetic alteration to create a designer baby, it could increase your baby’s overall life expectancy by anything up to 30 years.
When you opt for a designer baby, you immediately discard most of your unborn baby’s defective genes and only keep the healthy genes. As a result, your baby will grow up to be a healthier individual than babies who may have a mix of both the defective and healthy genes.
Once most of the medical issues are taken care of, and eliminated from your baby’s genes, it will automatically enhance your baby’s overall health and help to increase the life rate as well.

Some very prominent genetic disorders that will have a lesser chance of impacting your baby are as follows:

5. An Overall Positive Influence On The Baby:

7. Instead Of Altering Lifestyle Later, Do It Earlier:

Having your very own designer baby does have its cons as well, as the list below will tell you:

2. Violation Of Your Baby’s Rights:

3. Not An Error-Free Process:

4. Can Create A Marked Gap In Society, Leading To Classes:

Some scientists and sociologists feel that creating designer babies can be a disaster that is waiting to take on big and terrifying proportions, one that can create a major rift in coming years. In times to come, creating a race of designer or non-designer babies could lead to a dystopian world, in which the designer babies, who are created by modifying the genes, will turn into a superior race and look down upon others who were born without any genetic modification.

Creating such a race of superior and modified human beings will also have a big impact on the entire human gene pool, in which case many of the essential human characteristics could be under threat of being wiped out.

Some futurists are also concerned that if you go on creating designer babies, it could mean that you will deliberately put the human race on the path to participant evolution. It is a process in which the human body and the brain are specifically redesigned by using various technological methods.

Instead of letting the human brain and body develop through various mutation and natural selection processes that happen as a part of natural growth of the unborn baby, science and technology will take over all aspects.

If you would go by the progress that is happening in the field of creating designer babies, you can easily compare it to something which can more aptly be referred to as creating a customized baby. Just the way that you can today create your very own customized pizza or sub by ordering a particular type of base or bread, the toppings, and the sauces, you can also do the same for your baby. For instance, you could choose from a pre-determined list of items that you wish your baby to have or not have. When you opt to go for a designer baby, you would be asking for things such as blue or green eyes (or a shade that you want your baby’s eyes to be), blonde hair (or the shade that you want your baby’s hair to be), no illness, the person’s gene pool to get that lean look or curved figure, lactose intolerance quotient and much more.

According to 23andMe, a personal genetics company, you can also buy a baby genetic predictor tool that the company has created. The company has specific guidelines where it tells you how, as a mother, you can choose from various options of preferences and screen through the sperm that potential donors have, in order that your baby will possess those particular traits that you are looking for. You can opt for a particular shade of eye color and a level to which you want to reduce your baby’s risk to being affected by certain types of diseases.

GenePeeks is another company which is coming out with more advanced options in the field of genetic mutation and design. It has developed a technology known as MatchRight, which is currently available at certain fertility clinics. It will help you to screen the sperm from various possible donors to understand the resultant outcome when that particular sperm is matched with yours. As a result, you will know exactly what type of baby you will have when you choose to match with a donor to create a designer baby. The tool has a search option which will also let you look for any predictable diseases that your baby might be at risk of in the future as well as any specific traits that your baby may pick up or have. Once you finish the designing process, your to-be baby will then go through a series of production steps. Some of these steps may also be carried out in a laboratory, and not inside the womb.

Another thing that may fascinate you is that at the moment, scientists are also trying to create artificial wombs through various laboratory assisted techniques, which will allow you to have a designer baby without even having the baby inside your womb.

Before you think of having a designer baby, make sure you go through the pros and cons and speak to your doctor at length to understand every aspect.
What is you take on this controversial subject?