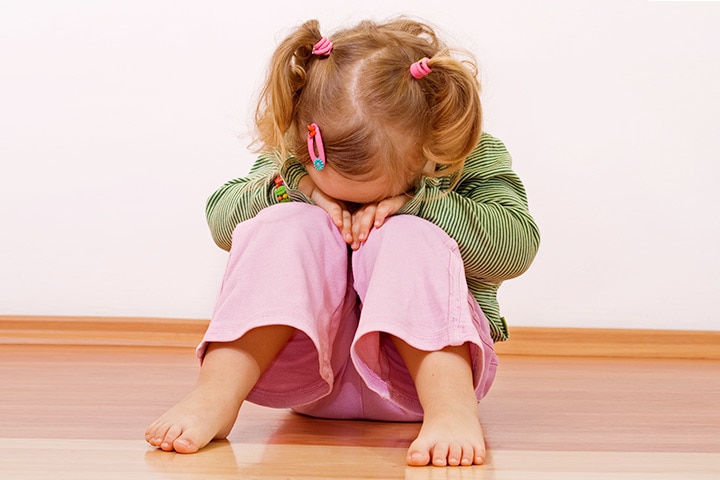 Is your house constantly full of whining sounds, thanks to your toddler? Has your toddler suddenly started whining for no obvious reason? Are you worried it could or has already turned into a habit?

If you too are worried just like most mothers of toddlers are, do not lose heart. Read on to know tips on how to stop your toddler from whining.

Why Does Your Toddler Resort To Whining?

You probably thought your little one’s whining days would be over once she reaches the toddler stage, but you are wrong. Just like your baby cried in the initial weeks and months, she will whine once she becomes a toddler.

Your toddler is at a developmental stage where she is learning a lot of things and beginning to understand emotions. Your toddler may find it still difficult to express herself. She may often find herself unable to assert control over things she wants or make others understand what she wants.

Your toddler needs your help in almost everything she does. She needs your constant attention and time, not to mention your constant love and care too. Often, your toddler may resort to whining simply to get your attention. Your toddler could do it if she feels you are busy with something else and not giving her the attention she wants. In certain situations, she may also feel threatened or insecure and hence can get confused and start to whine.

Tips On How To Stop Your Toddler From Whining:

When your toddler is whining, she is doing it to get what she wants, and not to annoy you. For your toddler, getting what she wants is not necessarily a bad thing. In fact, it is a very normal approach at her age. Here are a few tips on how to stop toddler whining:

1. Tell Your Toddler What Whining Means:

You may assume your toddler knows the meaning of whining, but more often than not, she will not have a clue.

Instead of telling her to stop whining, tell her what you mean by whining.

Whenever your toddler whines, tell her that what she is doing is whining. Point out the difference between her ‘whining’ voice and her ‘not whining voice.’ Label these as ‘not good voice’ and ‘good voice’ respectively.Each time your toddler uses her good voice, appreciate and applaud her. Tell her ‘yay, you are speaking in your good voice. Clap clap’ and clap for her.

2. React In A Logical And Non-Angry Way And Don’t Relent:

Your toddler’s whining is bound to make you angry and irritated, as well as embarrassed in front of others.

Make sure your toddler understands that whining will not work in her favor. It may feel tempting just to do what she wants and get done with the whining. However, remember that giving in to her whining will only strengthen her belief that each time she needs something she should whine.

Tell your toddler that when she whines, it is difficult for you to understand her at all. ‘I am not able to understand what you are saying, please speak in your normal voice.’ Make this your constant approach each time your toddler whines or shows an inclination to start whining. The key here is to maintain a consistent approach that will teach your toddler what is the correct way to talk and what she needs to avoid.

3. Give Her Your Time And Attention:

The most common reason behind your toddler whining is to get your attention. You may feel you are giving her enough attention by nodding your head, but sometimes, she may need more than that.

Talk to your toddler as often as you can. When she expresses herself and tries to tell you something, sit down at her level and look her in the eye. Your toddler will understand that you are giving her your full attention and that she is important to you.

Once your toddler does something exciting or interesting, make sure you make her feel special. Give her a hug and a kiss, pick her up, applaud her and clap for her, and make her the center of your attention.

You do not have to respond to each of her actions immediately, nor do you have to stop doing everything that you are doing. Show her that even if you are not able to address her needs immediately, you will try and get to her as soon as you can. Explaining your need for time will help her understand better. Say ‘I will just turn the gas off and pick you up’ or ‘I will just wash my hand and get your bottle.’ Such phrases will show her that you understand her needs and will acknowledge them soon. Make sure you do take care of those needs in the next few minutes and don’t leave her waiting to whine.

You probably know what things are likely to trigger a whining episode of your toddler. Try and avoid them as much as possible as and when you can.

Plan your chores and your toddler’s day according to her schedule and not just your convenience. You may feel the supermarket will be empty in the afternoon, and it will be a good time to shop for groceries. However, it may also be your toddler’s nap time and taking her out instead of letting her sleep is bound to agitate her.

Your toddler will be most comfortable while following her regular schedule, so try and stick to it as much as you can. In case you do have to deviate, make sure you plan an alternative. If you do have to go out at her nap time or meal time, carry some healthy snacks along that she can nibble. Or plan in such a way that she can take her nap in the car while you reach your destination.

Whining is something that comes naturally to all toddlers, and your little one is no exception. Try out the tips mentioned above and help your toddler come out of her whining phase.

If you have been successful in dealing with whining toddler, do share your tips here with other moms.